This Ain't Hell, But You can See It from Here

Allow me to set the stage for you.  It's Friday night.  That in and of itself means little, but tonight was a home high school football game between two rather large local schools.  The home team lost 46-12 or something like that.  Let's just say that there was a lot more attention paid to non-football pursuits in the second half.

Eagle Eye Son:  I think that's a jeep in the culvert.  Firefighter dad:  Let's turn around and investigate.
Hey Bud!  You OK.  Yeah I'm OK.  Waiting.
On cell phone:  911.  Hi this is caring firefighter badge number 135.  There is a red jeep in the culvert near the super market.  He says he's not injured but please call the PD because there's no way he can get out without a tow.  Thanks caring firefighter we will.

911 to chief eleven?  Yes we are aware of a car off the road in that area.  It was reported by another firefighter.  Police have been dispatched.
Chief:  Windshield broken, air bags deployed, injured laying on ground, dispatch station 1, rescue and medic 1, check on a helicopter, send the National Guard, is there a SEAL Team avaialable? Notify PEMA, FEMA, call the TV stations, notify the NY Times and get a camera out here to get my best side.

OK, this just CAN'T be the same stupid nothing wreck I just drove by, can it?  Well, yes and no.  Cue dispatch for the accident right before the staffed ambulance notifies them they are busy with an under the influence requesting police in the ditch near the high school parking lot.  So I feel it necessary to go get the other ambulance so if my kid in the ditch is really hurt he can actually get some assistance.

OK, so rescue gets there, an engine is there and I show up with my crew.  Mistake #1 I take patient care.  Bad news, I recognize the driver.  After a few 'leave me alones' we determine that the other guy here is a non-injured passenger.  Sign here easy.  Mistake #2 showing my deep level of concern used only for those people that inhabit that lowest level of Hades reserved for those under the influence, belligerent, time wasters.  Mistake #3 reducing myself to his level.  He raised his voice.  I told him what I thought and after a few repetitions suggested he walk to the hospital because he wasn't getting in my ambulance.

At that point the assistant chief arrived and directed me to my ambulance in the kind nonthreatening way that a superior does this to a junior officer: "Take a break and shut up."  Cue arrival of large, no VERY large man announcing that this was his son.  Polite discussion ensued between Assistant Chief and man child with occasional input by father.  By polite I mean that they never got around to using the really good four letter words.  Enter the man in gray.

As I heard later the State Trooper had taken as much of this as he could stomach stepped up to the man child and gave him an ultimatum ambulance or patrol car.  Both father and man child were now completely focused on Trooper.  Rescue and engine guys were now circled around all of them and I was sitting in the ambulance.  Trooper says something into his portable and takes the man child's arm and escorts him to the direction of the patrol car.  Feistiness is exhibited by man child and father adds verbal parry expressing his knowledge of the Trooper's linage and lack of a father figure.  At that exact moment three other Troopers arrive.  All exit their cars at the same time ninja like and moved to support the first trooper.

Now I'm not sure about how law enforcement is perceived in your area but generally here one Trooper takes care of most problems.  Maybe you would see two of them if there was a bar brawl, three if it was an uprising consisting of a  whole town, but four Troopers, in one place?  This is for the record books.  First Trooper, Big Trooper, and Behemoth Trooper took man child down, cuffed him, and tossed him in the back of the car as Corporal Trooper talked to dad, who kept saying "I understand, I understand."  Corporal Trooper strode over to us, thanked us for supporting his Trooper and left to follow First, Big, and Behemoth to deliver man child to the institution of their choice.

We stayed to take care of the vehicle and the dad.  Also to take my expected tongue lashing from the chief.  But it was not to be.  He came over to me and mentioned that he had never seen my fuse that short.  I apologized and told him I appreciated the way he replaced me at the scene.  He asked me to give him a heads up next time and maybe he could arrive a little later and either the patient would be unconscious, on a board, in the back of the ambulance, or be shot and hand cuffed to the cot on the ambulance.  I didn't know if he was serious or not.  Better not to know.
Posted by Chicken Little at 5:51 AM No comments:

I grew up in the fire service and emergency medicine thanks to my now retired fire chief dad and my mom a registered nurse working in the OR and ER.  As a young child I remember watching my dad hoist himself up in the cab of the engine as the driver was bringing it to life.  The crew off to put out another fire or rescue some poor soul.  That has a profound long term effect on how you view life, what's important, and maybe more so what's not important. 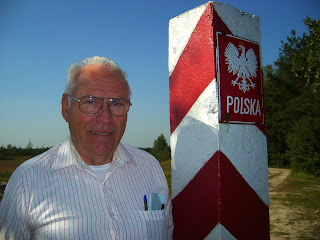 He taught Red Cross First Aid in the 60s and early 70s before Johnny and Roy, before we even knew what an EMT would be, could be.  He taught those classes at little fire stations around our county to people that hungered for the knowledge to be more than "just an ambulance driver."  I remember those 16mm movies he would borrow for free from the State Fire Academy.  He would preview them at home first and I would watch them too trying to memorize all of the things the "expert firemen" did to help those kids in the bus crash or the family in the crushed car.  Pretty heady stuff for a kid.

I hung around the firehouse as much as I could and when I was able I joined.  He was around to help me, talk to me, and especially listen.  I am sure to this day that all my coping mechanisms are based on all of those things we did together.  Much of the basics I got from classes or reading his Fire Engineering but he helped me apply them and seemed to always know the reason why we did something "that way."

It was through him that I met people that will stay with me the rest of my life.  Rich, Hack, Hugh, Lew, Brad,   Tom, Dean and Kevin, Steve, Jan, Bill, Neal, Chuck and all the rest.  The people I measured myself against.

I'm glad I got to explore this part of life and I am really glad I had a real mentor to help me through.  I can never say thanks enough for bringing me up right, but I can show you what and how I do things now and hope that you get a little smile thinking that you would've done them the same.  Happy Father's Day and the steak is on me.  Bóg zapłać
Posted by Chicken Little at 7:36 AM No comments: